Solar ITC Extension Bills at the House and Senate 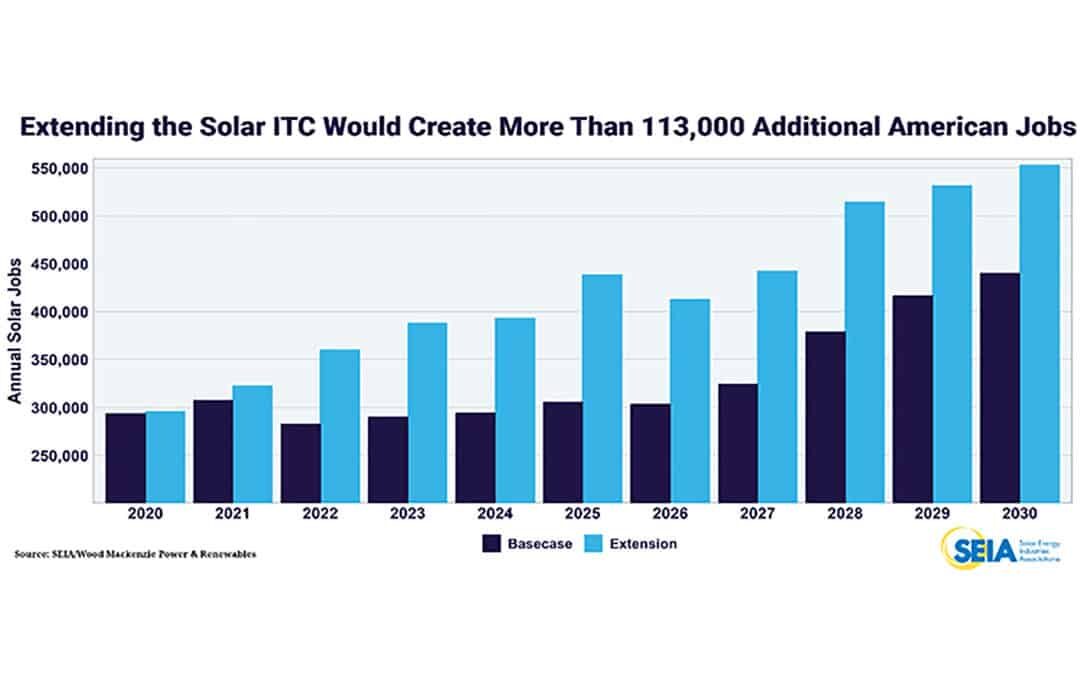 The Extension of the Solar Investment Tax Credit (Solar ITC) failed. It is still set to start stepping down at the end of 2019. The extension was removed from the annual House spending package, a $1.4 trillion piece of legislation, on December 16, but did include the wind production tax credit. The legislation also did not loop energy storage technologies into the ITC. See Article in Solar Power World.

“…The week began with a tentative agreement between both parties that contained several of those clean energy provisions. But the White House objected to their inclusion, Democrats said, so they were pulled from the final deal to avoid a government shutdown…”

“…We’re missing a huge opportunity,” said Rep. Paul Tonko (D-N.Y.), chair of the House and Commerce subcommittee on climate change and the environment. “To say I’m disappointed is an understatement.” Tonko had led more than 160 House Democrats urging House Speaker Nancy Pelosi (D-Calif.) in an open letter in October to “prioritize” including the clean energy tax credits in the final spending deal with Republicans.

In particular, the oil and natural gas industry, a major ally of President Trump, vigorously lobbied against an expansion of a tax break for buyers of cars that need little to no gasoline to run.

NOW is the time to go Solar to take advantage of the Solar Federal Tax Credits before they go away.

In July of 2019, a bipartisan group of lawmakers in Washington, D.C. proposed a five-year extension of the Federal Solar Investment Tax Credit (Solar ITC).

In November of 2019, The House Ways and Means Committee released a comprehensive clean energy tax package that includes a five-year extension of the 30% solar investment tax credit (ITC) and new incentives for energy storage. Twenty-eight members of Congress addressed a letter to House of Representatives Speaker Nancy Pelosi, urging that she prioritize legislation that would extend the ITC and include it in year-end sessions.

What is the Solar ITC?

The ITC is a federal tax subsidy that gives solar system owners a 30% return on a project’s total tax liability in any market segment. The tax credit is scheduled to drop to 26% on Jan 1, 2020, then 22% in 2021. In 2022, it will decrease to 10% for utility and commercial solar projects and expire entirely for the residential market. See if your solar project is eligible for the full 30% federal tax credit.

“The ITC is the strongest policy there is to support clean energy development, grow the economy, create jobs and meaningfully cut emissions,” said Abigail Ross Hopper, CEO of the Solar Energy Industries Association (SEIA). Since the ITC was enacted in 2006, the solar industry has:

Read the Solar Energy Industries Association’s blog for a thorough explanation of the success of the solar ITC.

Solar means homeowners and business owners have more control over their electric bills and more control over their comfort. It’s a growing industry in the United States that leads to a cleaner environment.  You can help support the Renewable Energy Extension Act by taking ACTION. Make sure your representatives in Washington know how much the solar industry means to their constituents.